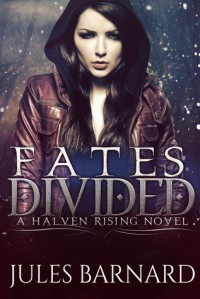 She squirmed and bobbed giddily on top of him like a landlocked fish. “I have a boyfriend,” she said in a singsong voice.

Derek grunted as a stray elbow landed on his ribs. He flipped her so she lay beneath him again. “How should we celebrate your first official relationship,” he said in a deep, sexy voice, his hand snaking down her collarbone to the top of her breast.

She smiled slyly. “By holding hands?”

His palm stilled and he frowned, shaking his head.

He put his mouth on her neck and kissed and licked his way down. “Getting warmer,” he murmured.

She tapped a finger to her mouth, trying not to move while his lips and hands made her face heat and her breath catch. “No hand-holding, but kissing is okay, yet not enough. What to do, what to do… I’ve got it. How about a heavy make-out session?”

“Warmer still,” came his response from the general area of her bellybutton where he’d lifted her top a few inches and exposed her skin. His hands continued their wonderfully tormenting path down her torso to her hips.

She closed her eyes, breaths shaky and uneven as her stomach and thigh muscles clenched beneath his fingers. “Fine—you win.” She reached down and yanked his T-shirt over his head.

He sat up as though affronted, his eyes sparkling. “Hey, I’m not that kind of guy.”

She smiled. “You’re a terrible liar. Is that drool on the side of your mouth?”

He raised his hand to his lip and grinned.